Vote for COAST to be Nature Champions of the Decade!

Community marine conservation shortlisted for Nature Champion of the Decade

COAST have been named as one of the nominee for Nature Champions of the Decade at the 10th anniversary celebrations of the RSPB Nature of Scotland Awards. The awards, co-sponsored by NatureScot, celebrate Scotland’s nature champions, and recognise the individuals and organisations making a difference in their local communities, businesses and schools to support Scotland’s wildlife and special places. 52 initiatives from across Scotland have been shortlisted across nine categories, and winners will be announced at a virtual ceremony on 17 November. This year will also see a special 10th anniversary accolade for Nature Champions of the Decade, which will be decided by a public vote (closing on 3 October) from a selection of previous winners from the last 10 years.

Over the last 25 years, COAST has created a dynamic community-based path to restoring marine biodiversity. Key achievements include establishing the UK’s first community-led No Take Zone and the 280 km2 South Arran Marine Protected Area (MPA). Research conducted in collaboration with COAST has shown that there has been a dramatic increase (approx. 80%) in marine life abundance in the seas around Arran. This success has led to Arran and Scotland being regarded as international leaders in community-led marine conservation, including co-founder Howard Wood winning the Goldman Environmental Prize in 2015. Since then, COAST has continued to share the word and advocate for coastal community voices, and have opened the UK’s first community-based MPA Discovery Centre to promote this cause further.

A note from the team
“We are truly humbled to be shortlisted as Nature Champions of the Decade. COAST and the local community have worked tirelessly over the last 25 years to prove to others that local communities can demand and effect change to protect their environment – this hard-work is recognised in receipt of this incredible nomination. We are up against some other fantastic projects, including some who we work with in the marine world; every vote really does count so please, take 2 minutes to support community marine conservation.” 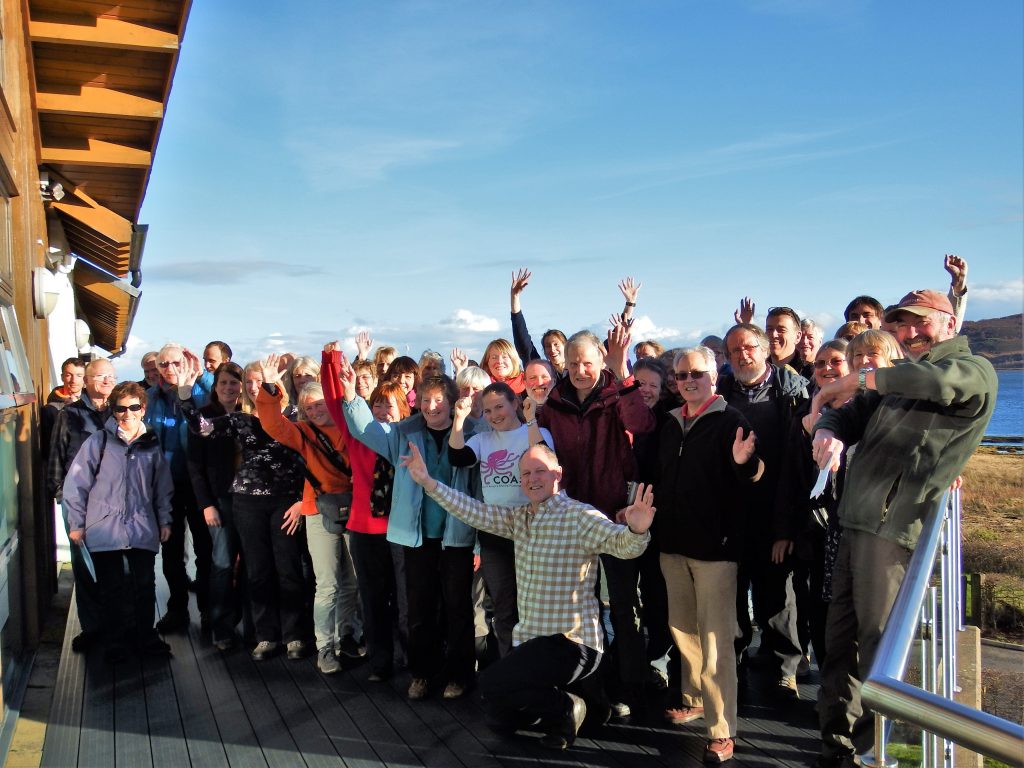