Menu
Marine species of Lamlash Bay
in the 19th Century 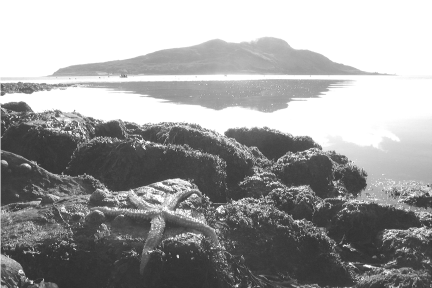 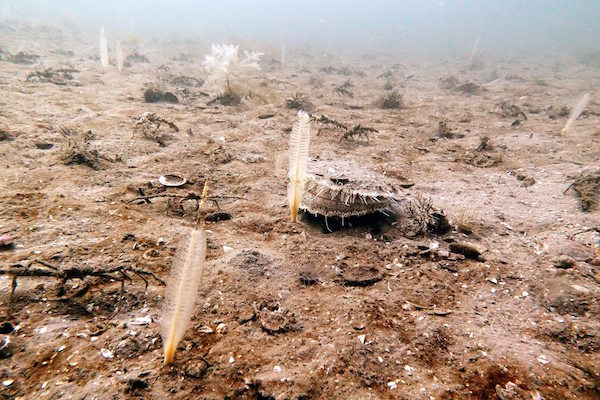 Whenever the idea of a Marine Protected Area (MPA) around Arran, or No Take Zone (NTZ) is discussed, COAST is told that without the evidence, the science and identification of species would be impossible. In the recent past, divers and Seasearch helped in the identification of maerl beds, an important three dimensional nursery area for scallops and white fish and other important species.

Research ongoing by the University of York, Glasgow University and Scottish Natural Heritage is adding to our knowledge and to the changes occurring over time in the NTZ and South Arran MPA.  Now Colin Cowley, a resident of Lamlash, has produced a booklet (2011, reprinted 2019) of 89 pages on The Species of Lamlash Bay in the Nineteenth Century.

He gives the background on how, with improved ferry services, an increasing number of affluent and academic visitors took holidays on Arran in the Nineteenth century. Most notable amongst the naturalists was Rev. Dr David Landsborough (1779-1854) who by 1851 had produced three books, two of which covered the Natural History of Arran. His son, also Rev. Dr David Landsborough (1826-1912) followed up the work in 1875 and included natural history lists. Joshua Alder (1792-1867) from Newcastle, an expert in molluscs, especially sea-slugs, visited Arran in 1846 and scientifically sampled for marine species with Dr Landsborough in Lamlash; Major Alexander Martin (1782-1857) from Ardrossan was another enthusiastic seabed sampler! Joshua Alder subsequently provided a listing of marine mollusc species. But others were involved too, either whilst yachting or looking for geological evidence in marine sand deposits.

In this period Arran has had in addition a succession of enthusiastic and knowledgeable biologists and zoologists visiting for holidays. Included were Rev.Dr Charles Popham Miles and Dr Robert Kaye Greville who carried out scientific bottom sampling in 1856 on behalf of the British Association for the Advancement of Science. Lamlash Bay was confirmed as the best ground for variety of species in the seas around Arran, the locality between Hamilton Rock and Holy Isle being particularly rich in species. They were active members of the BAAS Firth of Clyde bottom sampling committee. Another member was Professor John Hutton Balfour, who was especially interested in seaweeds. The BAAS provided £25 for bottom sampling in 1857. Canon Alfred Norman arrived at the conclusion that there were more than 300 species of mollusc in the Firth of Clyde and over 400 species in a wider area.

Professor Thomas Henry Huxley (1825-1895), later the principal supporter of Charles Darwin and his “Origin of Species” visited Lamlash for some weeks in 1858, studying the life-cycle of the herring and was “deeply impressed” by the wealth of marine species he observed in the bay.

Sir William Abbott Herdman (1828-1924) an eminent marine scientist bottom sampled in Lamlash in 1879 and 1880 describing his findings in two papers “On the Invertebrate Fauna of Lamlash Bay” these being read at The Royal Physical Society of Edinburgh in 1880.  Professor P. Geoffrey Moore, Honorary Research Fellow and Emeritus Professor long associated with the University Marine Station at Millport, has reviewed in recent times much of this work and the correspondence of the nineteenth century in Archives of Natural History (2005, 2006 and 2010). He is a trustee of the Society for the History of Natural History, taking a keen interest in the biological historical record of the Clyde.

So contrary to statements frequently made in the recent past by the opposition to a NTZ and MPA on Arran about lack of scientific sampling in Lamlash Bay and surrounds, there has been a great deal of observation and identification work on the marine species in Lamlash Bay, Arran and the wider Clyde over a long period. It was known then as a rich and productive area. Lamlash Bay had a head start in showing it was an ideal candidate for a No Take Zone (NTZ) and later an MPA, having such a wealth of biological and scientific information from well over a century ago. Whilst the molluscs and other groups were well covered in Victorian times, some such as the annelids were of lesser interest; but these are now also being identified by Scottish Natural Heritage (2010) through their surveys and grab sampling.

What is so interesting about this booklet is the breadth of knowledge these naturalists displayed 150 years ago. In bringing the lists together, and providing a background to the naturalists, as well as a short history timeline of Arran’s herring and white fish fisheries, Colin Cowley has given us a new perspective on the interest there has been on recording marine life in Lamlash Bay and Arran.

Read the full research of the Marine Species of Lamlash Bay in the Nineteenth Century here.