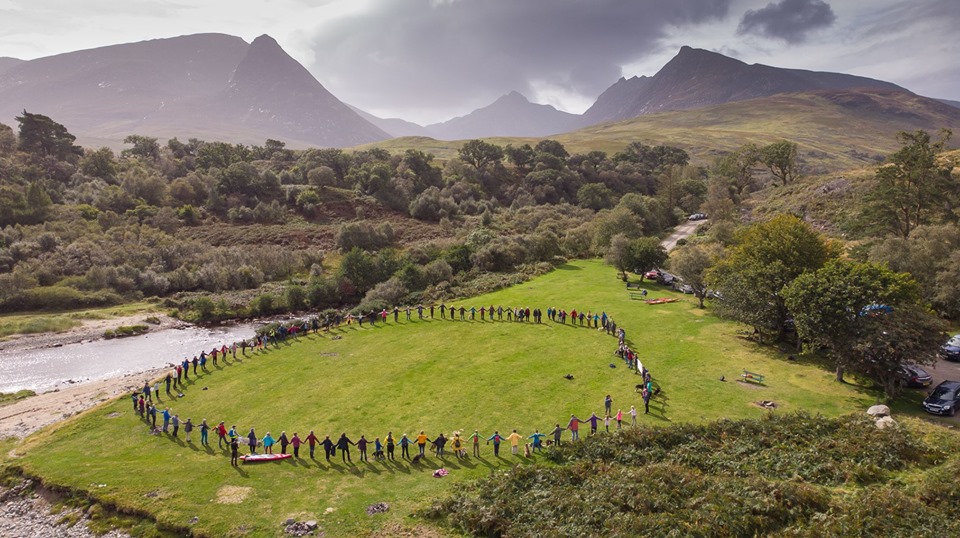 On the 15th September 2019, the Arran community rallied together and protested against the Scottish Salmon Company’s (SSC) mega-farm proposal off Millstone Point, North Arran.

As the local Arran Banner reported: “The protest on Sunday was staged near the proposed site for the Scottish Salmon Company (SSC) at Millstone Point on the north east coast, which involved a long trek by more than 200 people, with organisers delighted at the turnout”.

“The Let’s make a (Millstone) Point event highlighted the extent of the proposed fish farm, which would cover an area the size of 33 football fields with each of the proposed 20 pens measuring 120m in circumference.”

COAST Chair, Russ Cheshire said: “I was deeply moved that a large part of the Arran community showed their determined opposition to the Scottish Salmon Company’s proposed development. The final count of attendees exceeded 200 people, who gave up half their weekend at short notice; people who ranged in age from just months old to more than 80, with varying ability to cover the 3.5km each way from North Sannox to Millstone Point and back. People using sticks to walk, people on bicycles and in various forms of watercraft – nearly all made their way to the site’s northern limit, and all did far more than sign a petition. They showed real community spirit in wishing to protect a largely undistributed part of Arran from the ravages of the salmon industry, many brushing aside real personal suffering to be present. I am honoured to be able to play a part in helping everyone make their views known.”

Photographs: Copyright James Appleton
Top left: Protesters join hands to represent the size of just one of the proposed cages
Below: Protesters line up along the shore to represent a proportion of the length of coastline upon which the development would lie 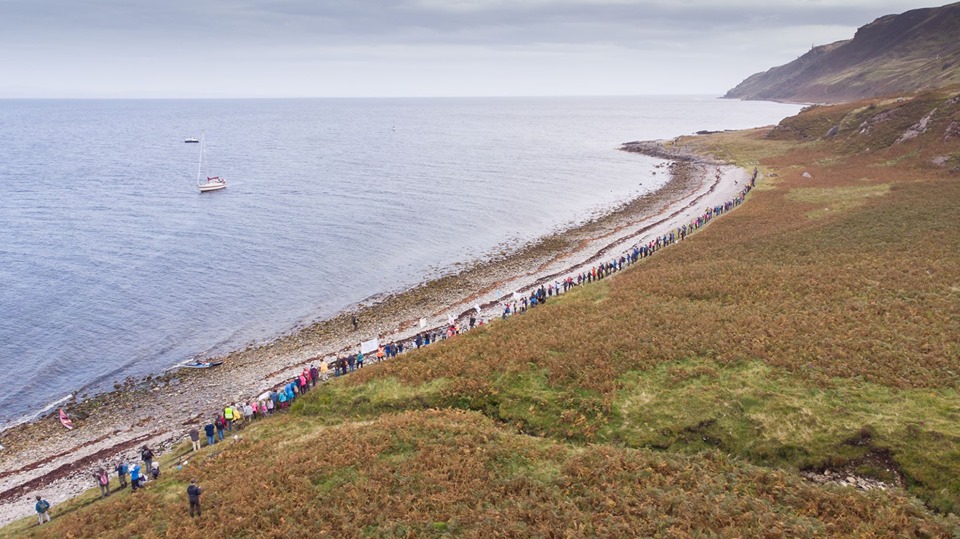