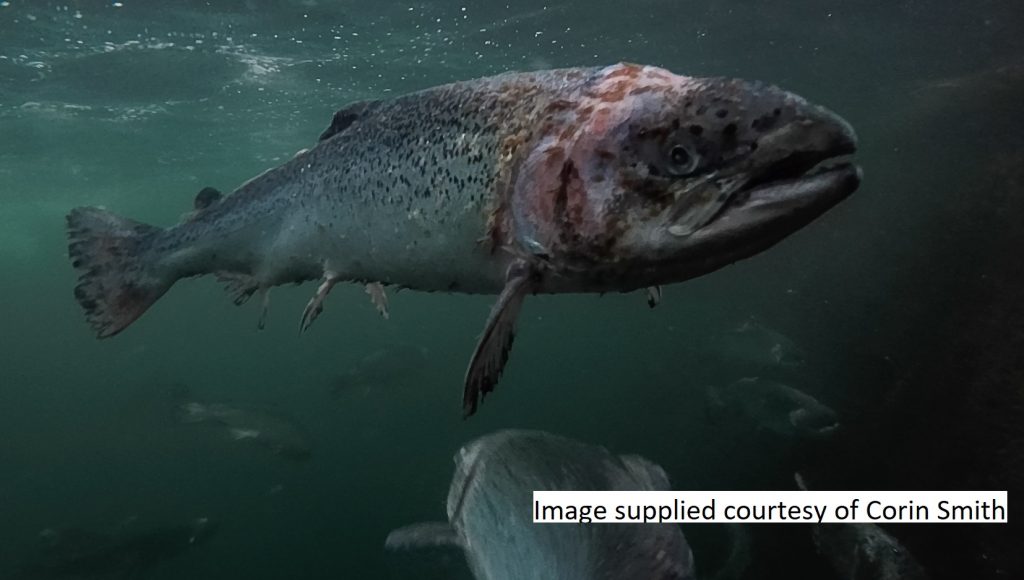 Inquiry into the environmental impact of salmon farming

Following the Scottish Parliament Information Centre (SPICe)/Scottish Association for Marine Science (SAMS) desktop report, COAST and many others have responded in writing to the call for evidence by the Environment Climate Change & Land Reform Committee (ECCLRC) into the environmental impacts of salmon farming in Scotland.

All submissions of evidence which have so far been approved for publication by the clerk to the Committee are available for download here. COAST and many others have called for an immediate moratorium on expansion until the industry can prove that there is no risk to our health and the health of our ecosystem from its activities. We want to see adequate industry investment and Government incentives to transition to land-based, closed containment/RAS facilities rather than the continued use of our damaged seas as a dumping ground for their pollutants.

COAST are also clear that open cage salmon aquaculture does not belong in marine protected areas and we agree with Prof. Callum Roberts, University of York and Academic Consultant for Blue Planet II in this regard:

‘The multiple environmental problems associated with open-cage salmon farming have been thoroughly established by scientific research. Individually, many impacts represent a serious risk to the conservation objectives of marine protected areas. Collectively, they guarantee an unacceptable level of impact. Open cage salmon farms are incompatible with the conservation objectives of protected areas and should not be sited within them.’

Several of the MSPs on the Committee asked insightful questions to invited panel members, which included John Aitchison, Planet Earth II filmmaker and writer, who is also a member of the Friends of the Sound of Jura and the Salmon Aquaculture Reform network Scotland (SARNS). John’s answers were extremely well informed and it is worth dipping into the Committee sessions on that day to get a flavour of the questions and answers.

The ECCLRC reported to the Rural Economy and Connectivity Committee (RECC) to inform their own inquiry into the farmed salmon sector explained in this video and on their website which has the stated remit ‘To consider the current state of salmon industry in Scotland, identify opportunities for its future development and explore how the various fish health and environmental challenges it currently faces can be addressed.’

The RECC subsequently published their report, which is downloadable here, and also reported that the status quo was unacceptable and recommended many widespread reforms to the industry and its governance but disappointed many by stopping short of also calling for a moratorium on further expansion despite stating the following ‘The Commitee strongly agrees with the view of the ECCLR committee that is the industry is to grow, the “status quo” in terms of regulation and enforcement is not acceptable. It is of  the view that urgent and meaningful action needs to be taken to address regulatory deficiencies as well as fish health and environmental issues before the industry can expand.’ The next stage of this process will be a parliamentary debate on the RECC report recommendations.

The timetable for the inquiry is as follows:

28 February 2018
ECCLRC consider their draft report to the RECC.

??????
New government policy on the future of salmon farming in Scotland?

COAST’s view is that the industry is in cahoots with government and are set on the course to double salmon production by 2030 whatever the cost. If you are concerned about the environmental effects of open cage salmon farming please write or email your MSP ahead of the upcoming parliamentary debate and please sign the SARNS petition: ‘Time to clean up Scotland’s Salmon farming industry’.