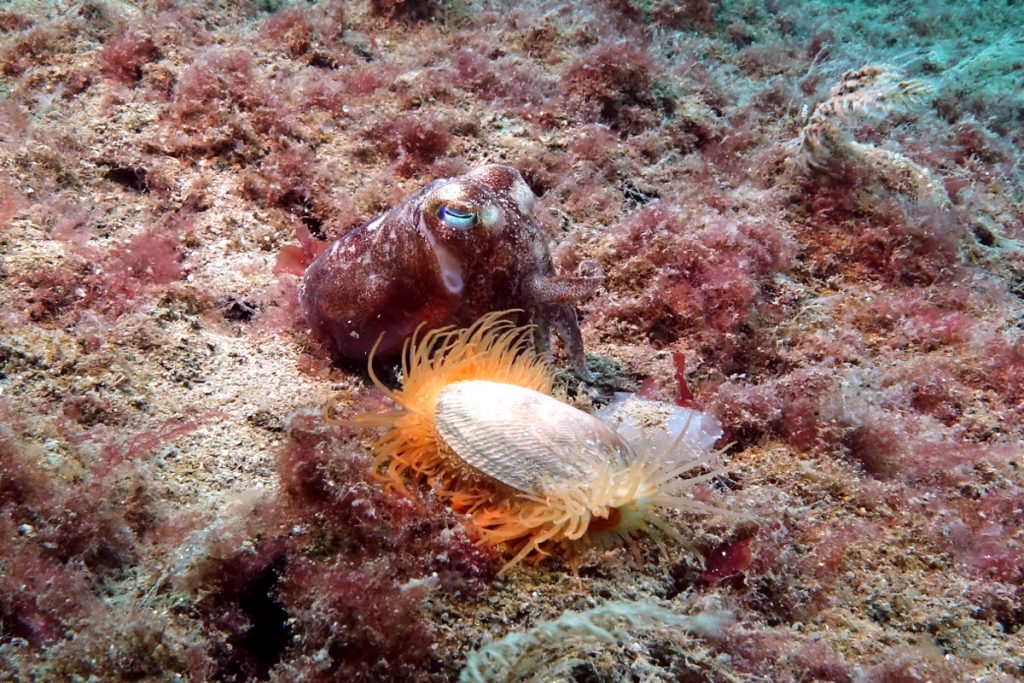 
The seas around Arran have, over the last 3-5 decades, seen a dramatic loss of marine life – first documented in this scientific paper. Protecting and responsibly managing our seas, when what lies beneath the waves is out-of-sight and therefore out-of-mind to most people, is not an easy task. The Arran community knew all too well during the 1980s and 90s that fish catches were declining at a dramatic rate; 25 years ago saw the end of all the Arran and Clyde angling festivals and competitions due to lack of fish to catch. There were many reasons for this, but it was acknowledged by Government scientists in the Clyde Ecosystem Review (2012) that commercial over-fishing, widespread bottom dredging and trawling had played a large part in the demise of white fish and the reduced health of the Clyde marine environment.

Seabed habitats are the foundation of a healthy marine environment; historic records show that 70 to 150 years ago (Hall-Spencer and Moore, 2000), Scotland’s seas and the Clyde had a wide array of biogenic seabed habitats; seabeds that were literally alive with habitat forming species of bivalve molluscs such as Horse mussels and Flame Shells, and worms like the Honeycomb worm Sabellaria and tube-worm Serpula. Of these, the Flame shell (Limaria hians) is a particularly amazing species, building nests using byssus threads which knit the seabed together forming a reef sometimes many hectares in size. While the bright orange tentacle mollusc is on its own a very incredible wee creature, what it builds becomes home to 100’s of other species; records place 265 different invertebrate species within six different nests. Clearly these biogenic reefs are biodiversity power houses.

Records from over a century ago reveal the Clyde had at least seven large Flame shell reefs covering many dozens of square kilometers; Sanda-Southend, Skelmorie Bank, Stravanan Bay, Tan Buoy, Great Cumbrae, Inchmarnock, Otter Ferry and Lamlash Bay. Dr Landsborough (Norman, 1858) stated “This is one of the most interesting Mollusca of the Clyde…and is abundant almost everywhere in the district. It is now met in most parts of Lamlash Bay“. Five decades of scallop dredging has now reduced these biodiversity hotspots to just one small remnant reef at Otter ferry in Loch Fyne, and it only survived due to high power sub-sea electric cables rendering the ground too dangerous to fish. In 2016, SNH research divers recorded a single Flame shell within the Lamlash Bay No Take Zone.

It is sometimes said that scallop dredging is the equivalent of taking a giant combine harvester through a tropical rainforest in an attempt to pick mushrooms; as for the demise of the Clyde’s biogenic reefs, it’s a just comparison. With the South Arran Marine Protected Area now closed to dredging, will Flame shells naturally return? Or like Seagrass, should Nature Scot set up a trial to re-seed areas?

The current national and international biodiversity crisis is the clear cause of the COVID-19 pandemic – costing trillions of pounds, the deaths of 100’s of thousands of people, curtailing our freedom with lockdowns and the end of international travel as we know it. Surely this highlights that now is the time to stop destructive bottom-towed fisheries and allow our seabeds to return to the incredible biodiverse ecosystems they once were.