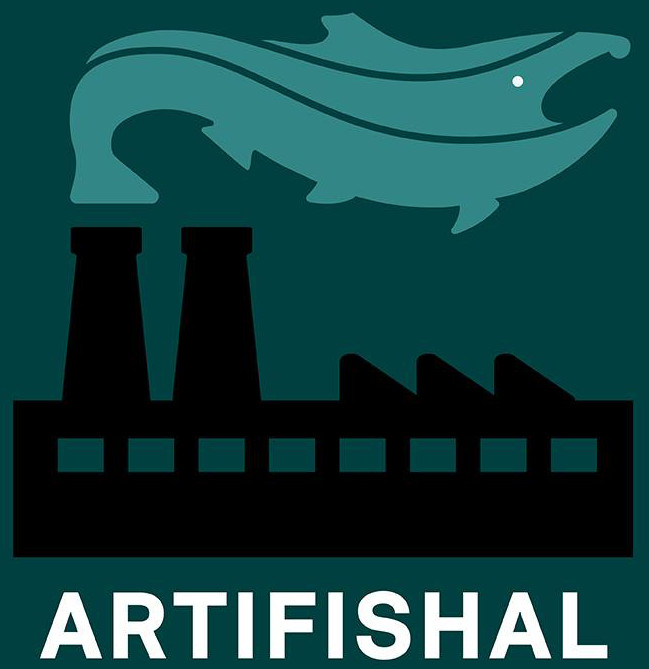 With 2019 being International Year of the Salmon, you would think that we would be celebrating our wild stocks. The truth is far from a joyous affair. Communities in Scotland, and indeed across the planet, are campaigning hard against the ever-expanding damaging salmon aquaculture industry. Sir David Attenborough has called for our wild salmon to be protected from the sea lice infestations, disease and deliberate untreated pollution from open cage salmon farms, which threaten their continued existence in Scotland and other parts of the world. With the impending application by the Scottish Salmon Company (SSC) for a mega salmon farm off Millstone Point on the north-east coast of Arran, the Community of Arran Seabed Trust (COAST) are encouraging people to become more aware of the detrimental impacts that the industry has on our precious marine habitats and the species that rely on them. As part of this, they are inviting anyone interested to a film screening of Patagonia’s, “Artifishal”.

ARTIFISHAL is “an illuminating 75-minute documentary film by Liars & Thieves! Exploring the high costs – ecological, financial and cultural – of our belief that engineered solutions can make up for habitat destruction. The film traces the impact of fish hatcheries and farms on wild salmon stocks around the world”.

ARTIFISHAL will be screening at Arran Community Theatre in Lamlash, Isle of Arran.
Tuesday 9th July @ 19:00.
Admission by donation.
Open to all.

Produced by Patagonia founder Yvon Chouinard and directed by Josh “Bones” Murphy, ARTIFISHAL “brings into sharp focus the plight of wild fish due to hatcheries and fish farms. The film takes us inside hatcheries in California, Washington, Oregon and Idaho, where we witness the conditions of factory fish farms as well as the genetically inferior, dumbed-down salmon they churn out in massive numbers. At a wrecked net-pen farm outside of Cyprus Island, Washington State, nets swing in the tide after more than 240,000 diseased, drugged factory fish escaped into the wild population. In a beautiful fjord near Alta, Norway, the underwater destruction and disease caused by an open-water fish farm are seen first-hand as activists record the devastation. These stories are echoed in fish farms across the west coast of Scotland.

“Humans have always thought of themselves as superior to nature and it’s got us into a lot of trouble. We think we can control nature; we can’t,” notes Yvon Chouinard, Patagonia founder. “Fish farms and open net pens only treat the symptoms and not the causes of the problem. If we value wild salmon, we need to do something now. A life without wild nature and a life without these great, iconic species is an impoverished life. If we lose all wild species, we’re going to lose ourselves.”

The European campaign, which runs alongside the launch of the film, Artifishal, is focused on the fish farm industries in Iceland, Norway, and Scotland.

“The majority of European salmon farms are in Norway and Scotland where they have been wreaking havoc on coastal ecosystems. The planned expansion of the industry into Iceland’s pristine fjords using open net pens is extremely concerning. Governments are not doing enough to ensure that wild salmon and their habitat are protected from the devastating impacts of these farms”.

Patagonia is teaming up with NGOs in these key countries to call for a moratorium on new open net salmon farms and a phase out of existing ones as soon as possible. Click here to sign the petition.

The Scottish Government is supporting a doubling of the aquaculture industry in Scotland by 2030.

Many people on Arran, including COAST and their supporters, are opposed to any open-cage fish farms in any of the waters around Arran; we along with many others, including the National Trust for Scotland, have called for the Government to halt the expansion of the industry across Scotland until it can be proven to be sustainable. We stand for a transition to closed containment systems by the industry and for a move to shellfish farming, or other forms of non-polluting sustainable aquaculture, to ensure employment is maintained and grown sustainably. The amount of untreated salmon sewage entering our seas beggars belief; ‘A moderately large fish farm will dump the same amount of sewage as a town twice the size of Oban’, says Dr Luxmoore, ‘and, unlike human sewage, it is entirely untreated.’ The official government figures for sea lice infestation in Scottish salmon farms has the SSC holding the top four places as the liciest salmon company in Scotland. Do we want this or any other company expanding their feedlot open cage farms in the seas around Arran? Please sign our petition to oppose the proposed Millstone Point development.

COAST invite you to join a post-screening discussion after the film that guest panelists, including Dr Sally Campbell from Arran and Corin Smith from Inside Scottish Salmon Feedlots, will be feeding in to whilst also answering questions.